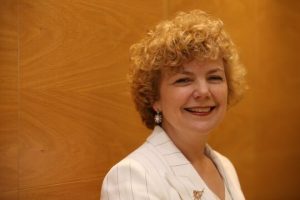 Professor Valerie Joan Lund presented her Semon Lecture in 2012. Her lecture started by exploring some of the history of Felix Semon and his own practice, before detailing various rhinological conditions, namely allergic rhinitis, chronic rhinosinusitis, acute bacterial rhinosinusitis, sinusitis, and septal and turbinal deformities. With each of these conditions, the effectiveness of their treatments is explored and generally it is concluded that sinonasal conditions are undertreated.

Valerie Lund was born in May 1953 in England. She has had a very successful career so far, having published upwards of 320 papers and currently 36 books and monographs and has also been Chief Editor of Rhinology. This has led Lund to receive a number of national and international awards, including a Commander of the British Empire (CBE) award from the Queen. She has also been appointed as President of the Laryngology and Rhinology Section of the Royal Society of Medicine and President of the British Association of Otorhinolaryngology.