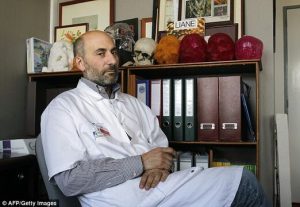 Professor Laurent Lantieri gave his Semon Lecture in 2011. In his lecture, he spoke about the many problems one faces when attempting to carry out facial reconstruction and transplantation, including the potent immunosuppressive therapy that patients were then subjected to afterwards. Lantieri then went on to discuss some of the cases of facial transplants that he had carried out and how they worked and his successes.

Laurent Alexandre Lantieri was born on the 15th of February 1963 in Paris, France. Lantieri has achieved worldwide fame after performing the first, second and third full face transplants, and has now done seven of the twenty-eight performed in the world. He has also published over 100 articles and 8 book chapters, has given a number of lectures internationally and received many awards, including the Legion D’Honneur the highest French civilian medal.