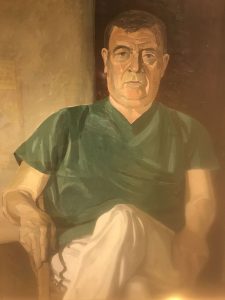 Professor Carl-Axel Hamberger gave his Semon Lecture on the 1st of November 1962 at the Royal Society of Medicine. In this, he spoke about the transantrosphenoidal route and its importance, before going on to discuss the various presurgical considerations that had to be made, and ending with an exploration of some of the complications of the route before concluding that this route is safer than other methods for hypophysectomy.

Carl-Axel Hamberger was born in Lidkӧping, Sweden, on the 29th of August 1908. He had a very successful career and was on a number of committees and in charge of various hospital departments, including his time as Head of Department of Otolaryngology at Karolinska Hospital. He was also on the Medical Nobel Committee for five years, the committee responsible for nominating and awarding the Nobel Prize for Medicine.