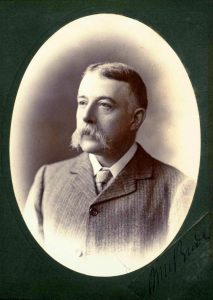 This inaugural Semon lecture was given at University College, January 22 and 24, 1913 by Dr Peter McBride. The published version of the lecture is largely concerned with giving a history of Sir Felix Semon’s life, with particular emphasis on Semon’s role in developing largyngology as a medical speciality.

Peter McBride was born in Hamburg on the 16th August 1854 and active for most of his professional life in Edinburgh. Unusually for a Semon lecturer, he was qualified as a physician, reflecting the position of laryngology as a medical, rather than surgical, specialty in the late nineteenth century.