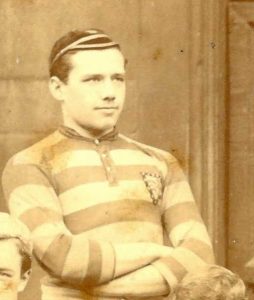 Dr Walter Jobson Horne gave his lecture in the Royal Society of Medicine’s lecture hall on the 5th of July 1921, the first of the post World War I era when finally it was deemed that Felix Semon’s German background was no longer a serious conflict of interest. However, sadly, his lecture was never published and so Dr Jonathan Fishman has kindly researched Horne’s works and the history of the time in an effort to speculate on the lecture’s contents, which may have included reference to laryngeal tuberculosis always being secondary to pulmonary tuberculosis and also an opinion on the case of Prince Frederik of Germany.

Walter Jobson Horne was born on the 2nd of August 1865 in England. Some of his greatest achievements include his stint as President of the Laryngology Section of the Royal Society of Medicine and his famous inventions, both the Jobson Horne ring-probe and the Jobson Horne head-mirror.