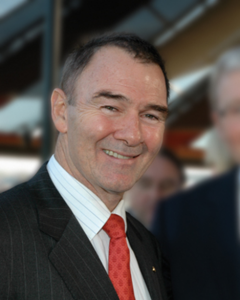 Professor Christopher John O’Brien gave his Semon Lecture in 2008. In his lecture, he focused mainly on melanoma and parotid cancer as those were two of the most common cancers affecting Australians. O’Brien then explored the various treatment and management options for the two different forms of cancers and what was more effective in each case. He then highlighted some of the problems with the cancer staging criteria of the time.

Christopher O’Brien was born on the 3rd of January 1952 in Sydney, Australia. He had an illustrious career and was well known due to the television series RPA (Royal Prince Albert), on which he featured, and due to his best-selling autobiography, Never Say Die. As well as being a major television personality, he was also gifted academically and published a number of articles and book chapters. O’Brien founded and later became president of The Australian and New Zealand Head and Neck Society. He also gave many lectures internationally and, due to his achievements, the American Head and Neck Society and the Australian-New Zealand Head and Neck Society established the Chris O’Brien Lecture. O’Brien was made an Officer in the Order of Australia just before his death, which was marked with a state funeral.