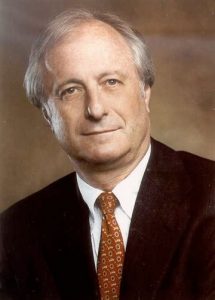 Dr Jack Gluckman presented his Semon Lecture in 2001. This lecture explored the necessity for a programme of recertification and maintenance of certification to keep diplomates up-to-date in their medical knowledge and skill. This programme was implemented by the American Board of Otolaryngology (ABOto) and became compulsory. The rationale behind this project’s implementation was explored, especially issues relating to medical malpractice cases.

Jack Gluckman was born in South Africa and that is where he began his medical training and practiced for many years before moving to Cincinnati, America, to continue his work. He had a highly successful career both as a clinician and also in his published works, having written his Triological thesis on the management of tumours, regarded as the most important book in the field. In addition to that, he has written numerous other books, chapters and articles and given lectures worldwide. In recognition of his achievements, he was also appointed as President of the American Academy of Otolaryngology and Head and Neck Surgery.