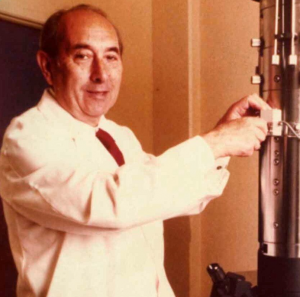 Professor Imrich Friedmann presented his Semon Lecture in 1970. In this, he outlines the ways in which advances in histological knowledge has aided otolaryngology. This is through techniques like electron microscopy and he displays this through looking at the cells of the upper respiratory tract and describing how the granulomas change in different diseases.

Imrich Friedmann was born on the 4th of June 1907 in Spišská Nová Ves, Czechoslovakia, although later found himself moving to England due to World War II and the Communist invasion of Czechoslovakia. He was one of the world leaders in pathology of the otolaryngology and published upwards of 200 papers and books. Friedmann was also one of the Founder-Fellows of the Royal College of Pathologists.