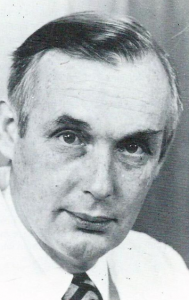 Professor Dr Oskar Kleinsasser gave his Semon Lecture on the 31st of October 1991 at the Royal Society of Medicine. In this, Kleinsasser proposes a new classification for laryngeal carcinomas. He promotes the division of the larynx into only 2 main areas, supraglottis and glottis, without the separate group of subglottic tumors. Before moving on to suggest an improved N/pN classification system, as post-operative dissections have shown a significantly different prognosis than the T1-T4 classification, and that number, size and site of metastasis as well as the presence of extracapsular tumour spread has a significance in determining prognosis.

Oskar Kleinsasser was born on the 1st of December 1929 in Kirchdorf an der Krems, Austria. During his career, he published a number of papers and contributed to a number of textbooks. Kleinsasser also developed microlaryngoscopy, an examination that continues to be widely used in ENT clinics, and authored a book on the technique and the findings that are able to be achieved. He was the Chair of Otolaryngology at the University of Marburg and later became the Executive Director of the Centre for Otolaryngology there.