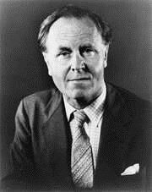 Mr Henry Jagoe Shaw gave his Semon Lecture on the 1st of November 1984. He discusses palliative care of head and neck cancers, noting that only about 40% of head and neck malignancies are ‘cured’. Shaw explores the place of radiotherapy, surgery, chemotherapy, and drug treatments before moving on to discuss the design of management plans and the question of who determines and undertakes palliative care. He concludes with discussion of the doctor-patient relationship, and case-by-case determination of the level of truth given to the patient.

Henry Shaw was born on the 16th of March 1922 in Staffordshire, England. Shaw worked very successfully as a head and neck surgeon and was related to George Bernard Shaw, the playwright. As well as working in England at the Royal National Throat, Nose and Ear Hospital and in New York and Gibraltar, he also served in the Royal Navy as an ENT surgeon. Shaw was a founder member of the Association of Head and Neck Oncologists of Great Britain and later President of the Section of Laryngology of the Royal Society of Medicine.