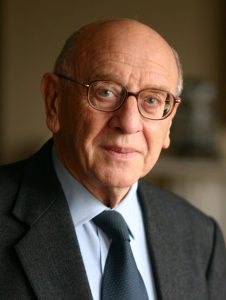 Professor Gerald Westbury gave his Semon Lecture in 1982. He focused on squamous cell carcinoma as it was the predominant type of tongue cancer. He detailed the staging of these cancers and their spread, before moving onto the various treatment options, including surgery, radiotherapy, chemotherapy and later reconstruction. Westbury highlights the need for earlier presentation and the importance of lifestyle modification in treating and avoiding tongue cancer in future.

Gerald Westbury was born on the 29th of July 1927 in London, England. During his career as a cancer surgeon, he was innovative in his belief that surgery should also focus on the patient’s function and subsequent reconstruction rather than just removing as much cancer and its surrounding tissue as possible. In light of his successes, he was elected President of the British Association of Surgical Oncology and was also appointed OBE.